Giuda (pronounced JEW-DA) are an Italian five-piece band from Rome.  Their look of true working class heroes (boots, polos, chequered shirts, leather jackets and short or shaved hair) gained a touch of glam-kinda style over the years, better reflecting the rich patchwork of their music.

Racey Roller which was described by Robin Wills (The Barracudas) as “Cock Sparrer twinned with the Equals”, became an underground sensation and praised by publications as diverse as Mojo, Rolling Stone and Maximum Rock’n’Roll. Similar path for Let’s Do It Again, that Dick Porter of Vive Le Rock hailed as “an album that stomps along with a silk scarf knotted around its wrist”.

Speaks Evil is the third awaited chapter of GIUDA’s history, a new tile matching the typical style of the band, a stroke to the heart and a punch to the gutter in 10 brand new songs, catchy refrains craving their way into the mind and brave guitars on a solid rhythmic structure.

Recorded with analog equipment and strictly-70’s instruments by Danilo Silvestri, the record’s producer along with guitarist, Lorenzo Moretti, Speaks Evil continues on the musical path outlined by Racey Roller and Let’s Do It Again, while improving the song-writing process with more complex structures and catchier melodies, without losing any of the spontaneity and energy.

Although the band openly admit their influences, including early 70’s rock giants like Slade, The Sweet and T-Rex, semi-obscure junkshop glam acts like Hector and Jook, Vanda & Young’s pre-AC/DC Aussie rock and Slaughter And The Dogs and Eddie and The Hot Rods’ pub rock/punk, the Rome-based quintet have managed to create a truly original sound, making them one of the most happening bands on the international rock’n’roll scene.

“From Roma, neo-bovver rockers get stomping.  Recalling the stack-heeled sounds of Slade, The Sweet and The Faces plus the “junk shop glam”, Romans Giuda do their bit for similarly no pretention, high energy rocking with their debut, Racey Roller.”  Mojo

“They’ve ram-raided the vaults of 70′s glam, punk and rock ‘n’ roll to make a foot-stomping, fist pumping riot of sound that has the scenesters, the punks and rockers and young and old in attendance going nuts! Giuda are the best band we’ve seen in years!”  Vive Le Rock

“This is the perfect sound for life on the terraces, in the discos, at a gig, at the pub and in the streets, always with Giuda blasting in your ears”  Rolling Stone


Warning: date() expects at least 1 parameter, 0 given in /var/www/vhosts/burningheart.com/httpdocs/wp-content/themes/burningheart/artist-content.php on line 45 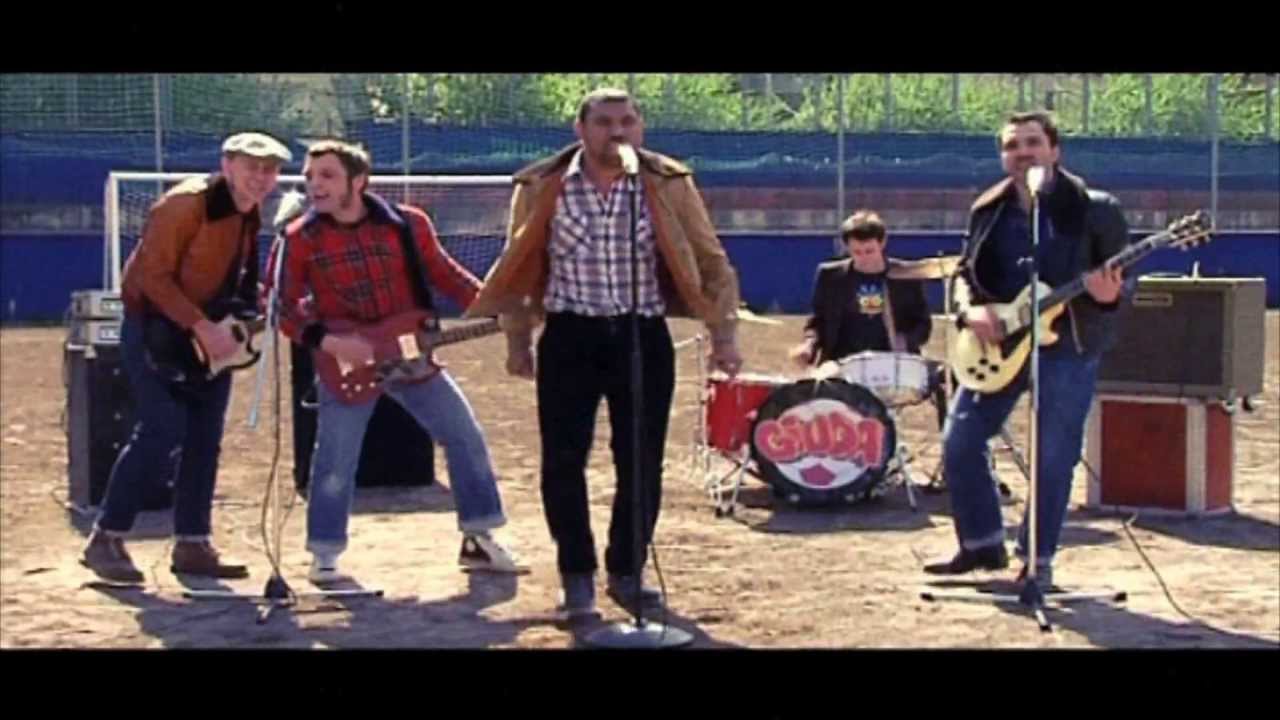